We’ve said it before, but technology is transforming our world faster now than ever in the past.  New or more fully developed concepts are transforming the way we live and work as well as the very world around us, so it’s important to keep up with the lingo to understand where we are and what’s on the horizon. Below are some of the terms and concepts creating the most “buzz” in 2016!

Virtual reality has been a part of science fiction for decades, but in 2016 it is leaping to the forefront as the next big thing in gaming. Companies like Oculus and PlayStation are introducing new VR headsets that will transform their games into immersive (and sometimes overwhelming) experiences. VR isn’t just for games though; it could lead to the most intense experiential marketing, physical therapy sessions, medical imaging, and educational experiences that we’ve ever seen!

Augmented reality provides a similar but less immersive experience than VR in that it only adds a limited amount of sensory enhancements to a real-world environment. Because it doesn’t require a user’s full attention like a VR experience, AR will be much easier to integrate with our everyday lives. Pokémon GO is currently the most visible example AR, as it allows players to find and catch Pokémon in their real-world surroundings. AR can also be seen today in live speech translation apps, on-site interior design planners, and heads-up displays (HUDs) in bike helmets, car dashboards, or personal devices such as the (ahead-of-its-time?) Google Glass.

Artificial intelligence is a key factor behind smart devices and the IoT, but it has uses well outside of the technology space. AI is already being used in diverse fields across the globe, from medicine to wildlife preservation to cybersecurity, and its continued growth really is only limited by our imagination. And while it may seem threatening to many careers and introduce a whole new swath of ethical issues, some of the big tech hitters of today (Google, Facebook, Microsoft, and more) have formed the Partnership on Artificial Intelligence to Benefit People and Society to facilitate a global dialogue about the nature, purpose, and consequences of AI for our society. 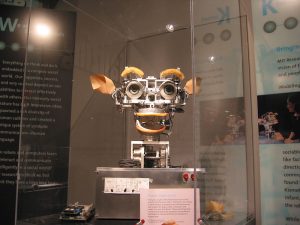 Machine learning is driven by complex algorithms that allow the machines running them to take in vast amounts of data, recognize patterns and context clues, and use those discoveries to adapt and change its future decisions and reactions. Obviously it is closely intertwined with AI because its goal is for machines to, well, learn, and thus become more aware, intelligent, and useful. We can already see how machine learning and AI are transforming the financial and legal industries today!

Industry 4.0 is also thought of as a fourth Industrial Revolution in which cyber-physical systems communicate via the IoT (see below) and rely heavily on AI (see above). Actually, Industry 4.0 relies on many of the other buzzwords explained in this article! The epitome of Industry 4.0 is the smart factory, where all systems and actors are interoperable, machines provide technical assistance (for both decision-making and unsafe or extremely precise tasks), and autonomous machines make independent decisions. As we discussed in our exploration of the IT landscape of advanced manufacturing, the smart factory will see flexible production, enhanced visibility of the entire manufacturing process, and seamless integration with logistics.

As we learned in our article about how technology is disrupting the financial industry, blockchain is a database model developed to provide independent transaction verification for users of bitcoin and other cryptocurrencies. Blockchain doesn’t just store and transfer information: while it is primarily used for currency, it can be used for anything of value: documentation (including legal documents), art or music, votes, imbrex real estate marketplace and much more. The Harvard Business Review calls blockchain “the first native digital medium for value,” and its full potential is yet to be realized in our “gig” and sharing economy where people across the world are collaborating more than ever. 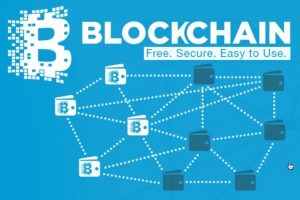 What’s this hyperconvergence the kids are all talking about these days? Well, it’s the convergence of compute, storage, networking, and virtualization resources in a single box by a single vendor. If you thought cloud computing changed everything, hyperconvergence is here to take it to 11. Hyperconvergence allows you to do a LOT more with less; it uses virtualization to condense operations in a way that simplifies and increases efficiency while also enhancing scalability.  The cost benefits of this type of infrastructure are self-evident: Less hardware and fewer resources means less maintenance and more consolidated workloads.

Is 3-D printing already old news? That’s what it would seem when we look at 4-D printing: the printing of 3-D objects that can change their own shape or structure over time (the fourth dimension) under certain conditions. For example, a team at Harvard has combined 3-D printing, nanotechnology, and biotechnology to develop 4-D–printed hydrogel composite structures that change shape when immersed in water. The implications for this technology are enormous: imagine “smart” surfaces able to change their properties under certain environmental conditions, like the tires of your car, or even a building foundation that could make itself more stable during a flood or earthquake!

It’s back! The IoT is just as central to technology today as it was last year. Major additions to it this year include smartwatches, cars, and “smart home” devices (like the Amazon Echo or Google Home). It’s estimated that there are between 6.4 and 17.6 billion IoT-connected devices in the world today (the numbers vary depending on whether smartphones and tablets are counted), and that there will be 20–30 billion by 2020, so clearly the IoT is not going away. 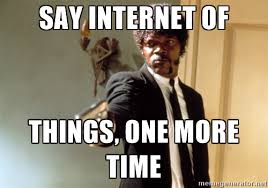 Those are our top 9 tech buzzwords of this year! As Q4 of 2016 moves ahead at full-steam, keep these buzzwords in mind as you look at ways to augment your products and services or make your processes and procedures more efficient and integrated, and use them to position yourself for success in 2017!